So after Colorado our next stop is Utah, to visit my sister and brother in law in Park City. We got here a few days ago, and have been having an amazing visit, staying with them and exploring the area. When we got here we needed to park the bus at the bottom of the mountain, since the road to their house was far too narrow to fit the bus. We had a great parking place, along the side of the road at the bottom of the driveway where we could keep an eye on the bus with binoculars from the house.

When we parked the ground was nice and dry and firm, and we thought nothing of leaving the bus there for a few days. What we weren’t expecting was the continuous downpour that started shortly after we arrived. After 3 days of rain the area we were parked in became a nice pool of muddy water. When we came back to the bus this morning ready to load up and hit the road we discovered that we were stuck in the mud. No amount of rocking back and forth or piling rocks under the rear tires would get us out of the hole, we just buried our tires and slid deeper into the mud. We tried throughout the day to pull it out, first with Heidie’s jeep, then with a new Tundra that belonged to a fellow local school bus enthusiast. Neither worked, and we just succeeded in breaking tow straps. Finally after we were about to give up and call a tow company a nice guy stopped by with a fancy new Ford truck, and offered to help. He had some chains that we linked together, and after locking it into 4-low had no trouble yanking the bus up out of the hole. After thanking him profusely he continued on his way as we found a drier place to park the bus tonight. 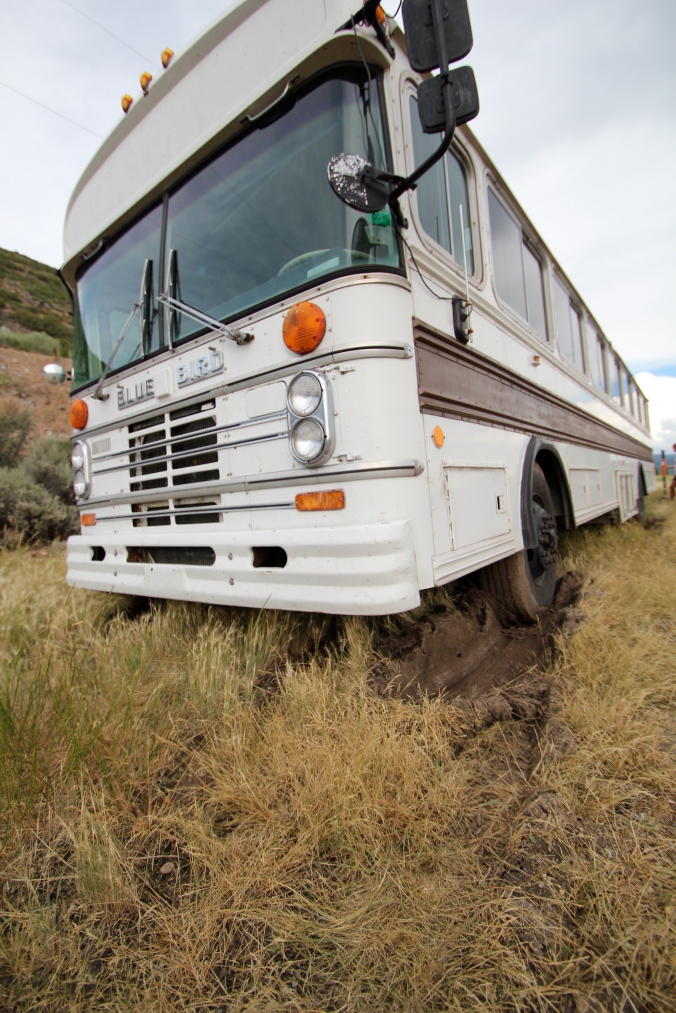 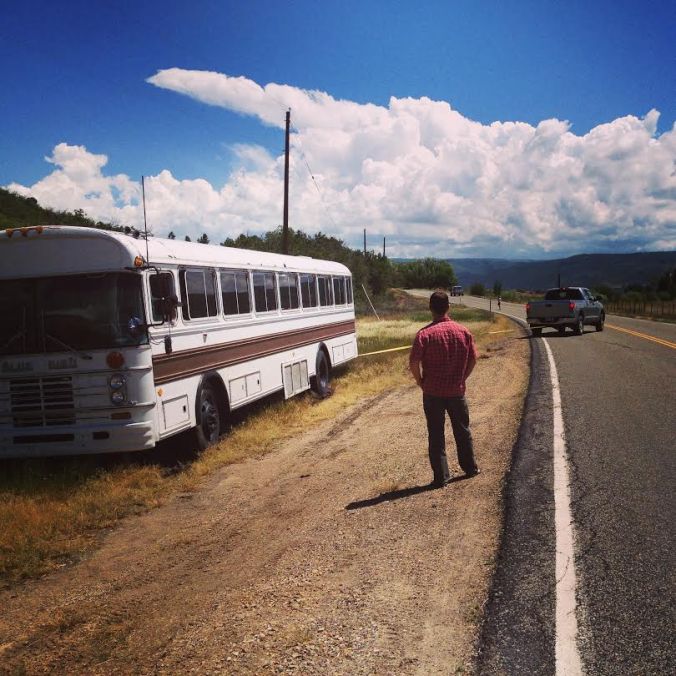 We had planned on leaving this morning and heading into southern Utah to explore for another couple days, but today’s setback has thrown off all our camping plans so we are coming up with a new route to get to California. Even though we are disappointed that we are missing out on some camping we are very happy to have another night to spend with my sister, we are beginning to like Utah quite a bit. We might just end up back here in the near future, you never know.